Robert Petersen, the founder of Hot Rod Magazine and the most acclaimed automotive museum in the world (The Petersen), has very extensive ties with Hollywood and the film industry. In fact, he got his start in Los Angeles working for Metro-Goldwyn-Mayer (MGM) as a publicist.

The Petersen Automotive Museum features an unworldly collection of the most unique cars in the world, and the influence of Hollywood is apparent right away throughout nearly all of the galleries. The museum as it stands today sits right next to the LACMA museum as well as the La Brea Tar Pits & George C. Page Museum – a great centralized location that you absolutely must visit if you are a fan of museums and in Los Angeles.

The Founding of the Petersen Automotive Museum

The Petersen Automotive Museum was founded on June 11th, 1994 by Robert E Petersen, one of Hollywood’s most esteemed car enthusiasts and founder of Hot Rod magazine and at least a dozen other successful car and gun-related magazine publications before eventually selling his company for close to half a billion dollars in 1996. 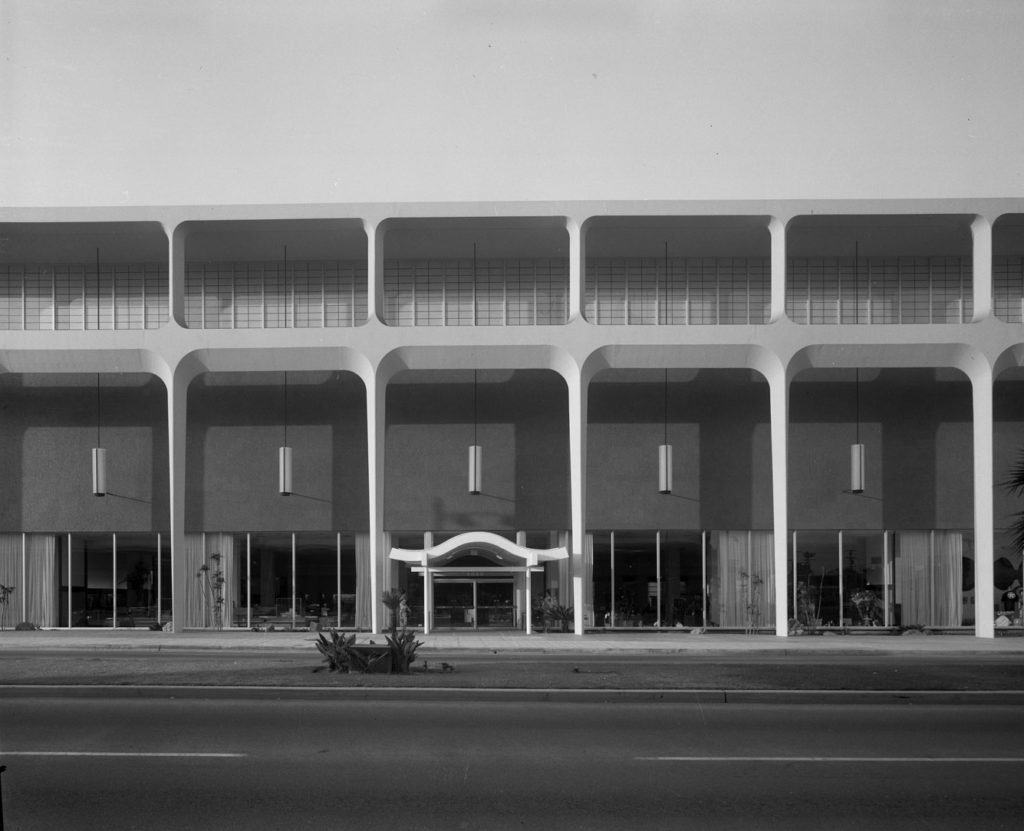 Seibu Department Store was built by renowned architects Welton Becket and Associates in 1962. Famous for a rooftop glass pavilion restaurant surrounded by a Japanese garden and reflecting pool, but the department store would ultimately close just a few years later, and change hands a few times before ultimately becoming the Petersen Automotive Museum

The building that houses the Petersen Automotive Museum at 6060 Wilshire Boulevard right along Los Angeles’ Miracle Mile was originally a Japanese department store, Seibu Department Store to be exact. In 2015, the museum was redesigned by Kohn Pederen Fox, and the $90 million renovation resulted in an enormous expansion of the showroom and one of the most impressive and eye-catching buildings in all of Los Angeles.

If you’re a fan of automobiles and their history, as well as Hollywood and the film industry, the Petersen Automotive Museum is the only place in the world where you can thoroughly scratch both of these itches. There are tons of cars from the movies housed within the museum, but the museum itself has also had its fair share of screen time. 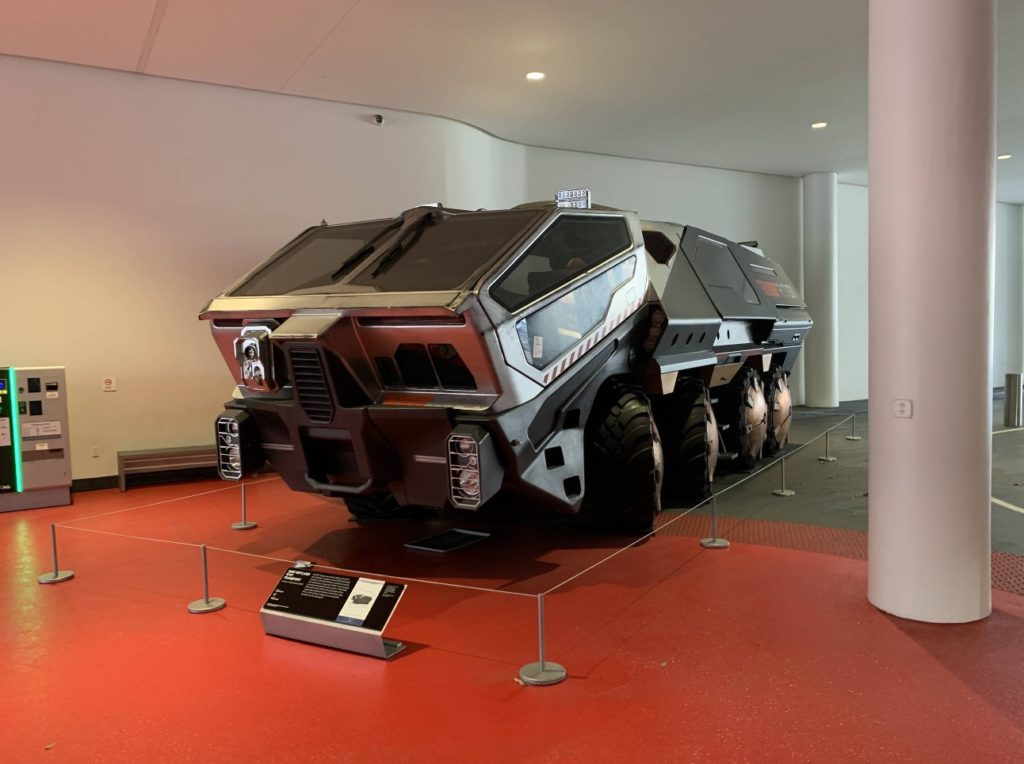 From out on the sidewalk on Wilshire Boulevard, the enormous moon rover stares back at you from just inside the Automotive Museum’s garage. It was used in the Alien prequel, Prometheus. 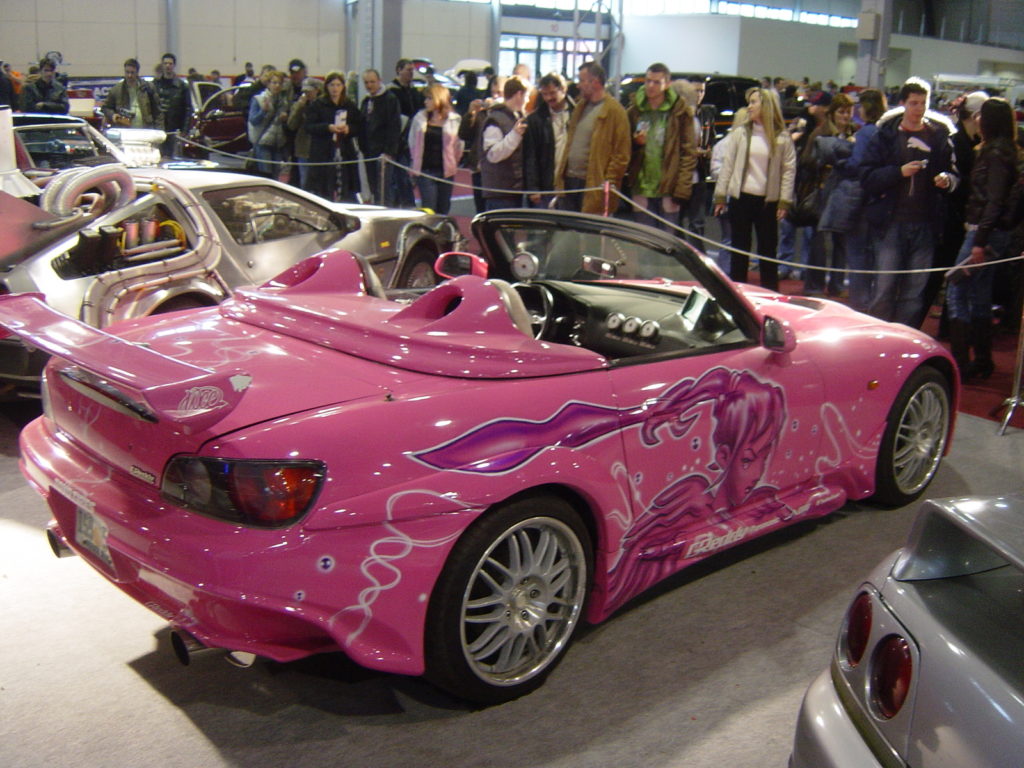 Suki from 2 fast 2 Furious’ Honda S2000 with the custom pink paintjob is another Hollywood relic found within Petersen’s walls. 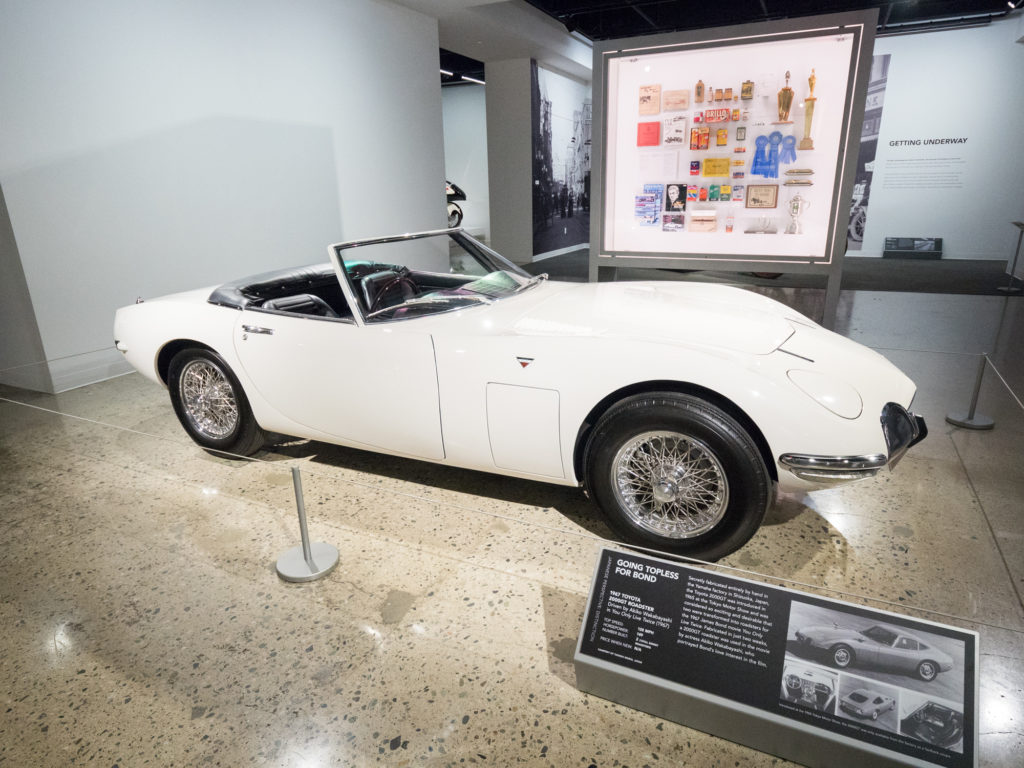 You gotta have at least one Bond car in your museum for it to be truly Hollywood, and Petersen has done just that. Take a look at the Toyota 2000GT Roadster from You Only Live Twice, the classic Sean Connery Bond film. 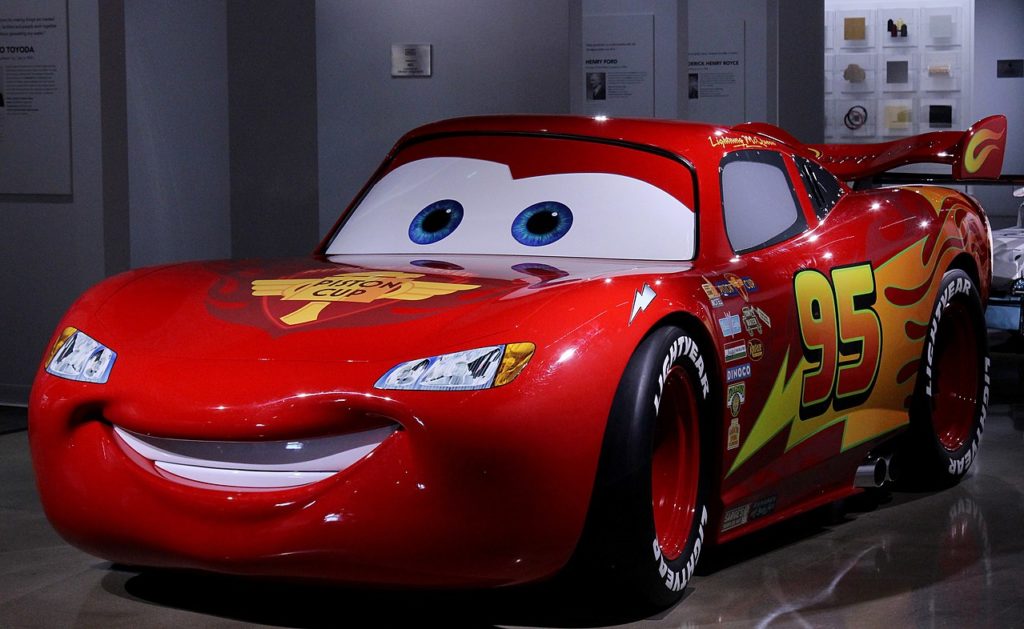 Your favorite cartoon car, Kachow! Lightning Mcqueen from the Cars film can be found within the Petersen, his face looking as smug as ever.

If you’re a fan of Gotham Garage, you might’ve seen the stunning Lincoln Futura concept car that was recreated using a fiberglass body cast from an original mold. Today the Futura sits within the walls of the Petersen, on display for fans of the show and car fans alike.

If you’d like to learn more about the Petersen Automotive Museum, the best automotive museum in the world that we proudly house here in Los Angeles, visit their official website for opening information, ticket sales, exhibits, & more.