The History of Rodeo Drive

Rodeo Drive is perhaps the most famous shopping district in all of the world. Currently featuring 75 of the most exclusive boutique stores from only the most renowned fashion artists, Rodeo Drive is right up there with Disneyland when it comes to tourism in Los Angeles.

Rodeo Drive serves as the exclusive and all-serving fashion district for Los Angeles’ Golden Triangle. That is, the area of Beverly Hills, Holmby Hills and Bel Air that feature some of the highest retail prices known to man, but it wasn’t always that way. 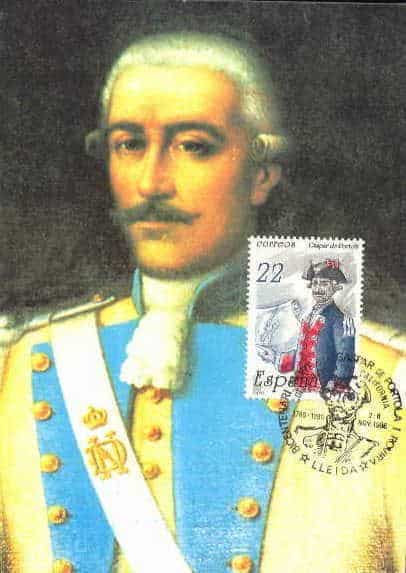 Gaspar De Portola is the first European to visit present-day Rodeo Drive, but things were very different at the time.

When California was still a part of Mexico, Don Jose Gaspar de Portola was the first European to visit the area and was actually the first governor of provincial California. The Tongva people that inhabited the area at the time referred to it as “El Rodeo de las Aguas” or The Gathering of the Waters, and considered it a holy ground because of its abundance of food and water.

Later, in 1838, the deed to the area was granted to Dona Maria Rita Valdez de Villa, a condolence to the widow of a Spanish soldier. She operated a presumably successful cattle ranch, the Rancho Rodeo de las Aguas on the land that would become Rodeo Drive until 1854. The land was ultimately sold to Benjamin Wilson and Henry Hancock for $4000. 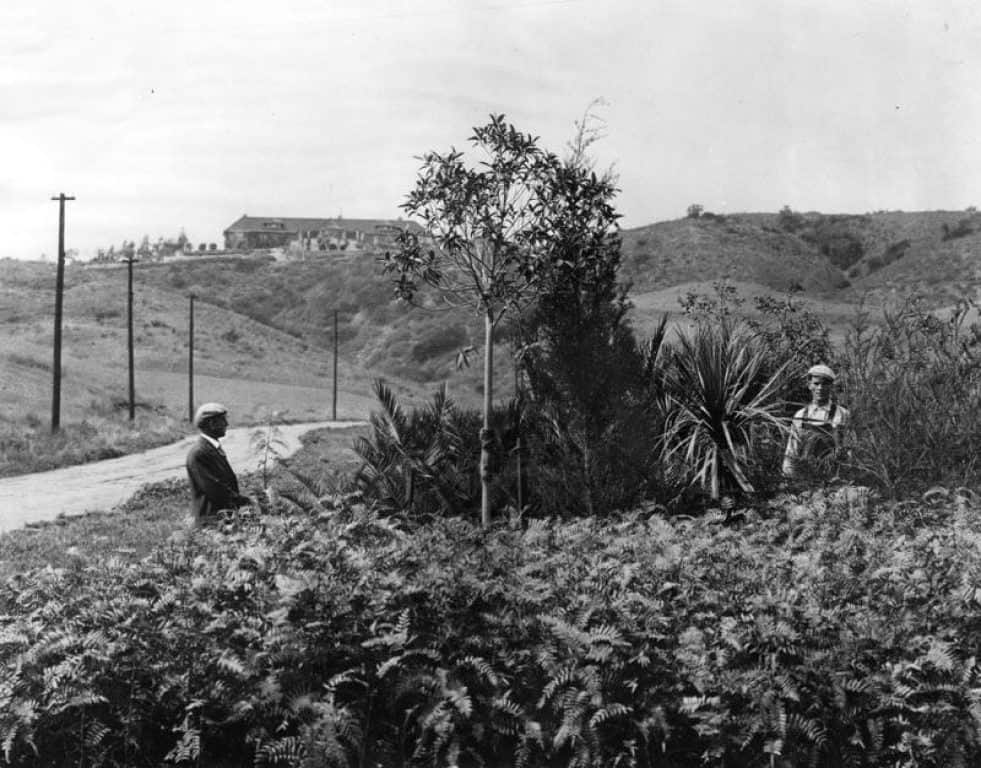 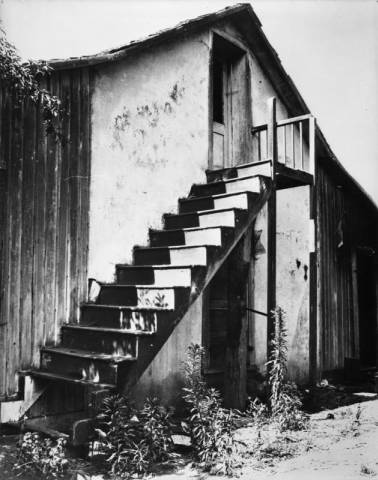 In the 1880s drought decimated the land, doing away with the crops and cattle. The Rodeo ranch changed hands many times during this period. In 1882 there was a set of daring lima bean farmers that purchased the land with plans to build “Morocco” – a subdivision of the city with a North-African theme.

The Economic collapse in 1888 ultimately ruined these plans, but in 1900 Burton Green and co. purchased the area that was known as Morocco and raised their flag for The Amalgamated Oil Company. They drilled a series of unsuccessful oil wells in the area and the property was then reorganized in 1906 as the Rodeo Land and Water company. Burton Green and his wife were the first to name the surrounding area Beverly Hills, which obviously stuck.

The Beverly Hills Hotel was built in 1912 when there were only 6 other homes constructed in Beverly Hills, and many of them vacant. The hotel was built right on top of where the previous owner, Dona Maria, had established her adobe living quarters before selling the land to Ben & Henry. This hotel is credited with kickstarting the unstoppable real estate force that would become Beverly Hills and the surrounding areas.

The Beverly Hills Hotel was constructed in 1912

It wasn’t long after The Beverly Hills Hotel was established that celebrities from the Los Angeles Film Scene that was brewing Downtown caught wind of this extraordinary opportunity: an exclusive and high-end neighborhood in its early stages forming down towards the beach. The first celebrity home was that of Mary Pickford & Douglas Fairbanks, the made-for-Hollywood couple that the country couldn’t keep their eyes off. 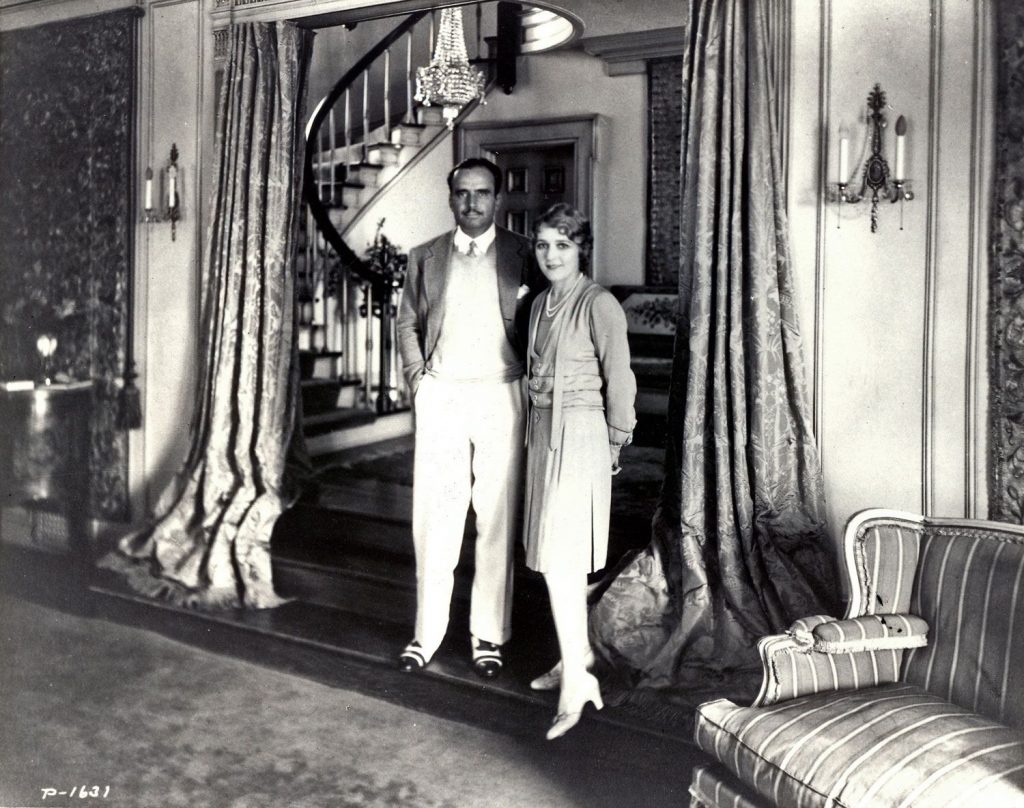 The celebrity estate would be called Pickfair, established shortly after the couple wed in 1920. They turned a stable into a stunning home that would be known as the Buckingham Palace of Hollywood. Pickfair put all eyes on Beverly Hills, and things were looking up. 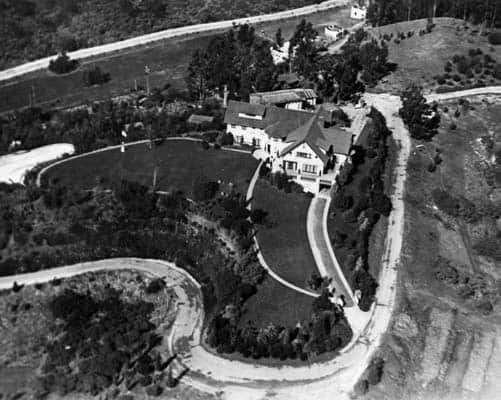 The lavish Pickfair Estate took up 18 acres of prime Beverly Hills real estate, before its prime 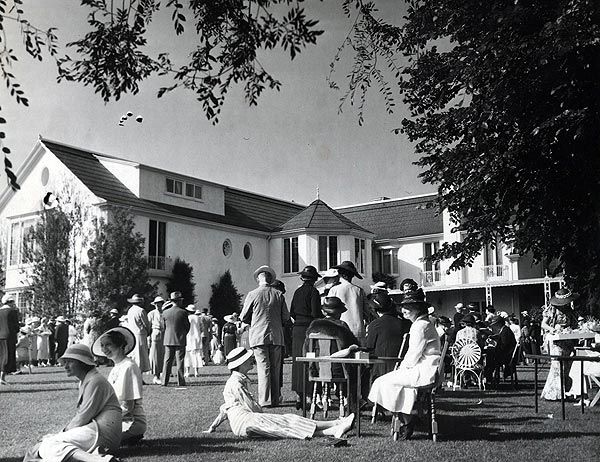 An exclusive Hollywood gathering at the Pickford estate In Beverly Hills.

There was some campaigning done to get the Pickford/Fairbanks power couple over to Beverly Hills. In fact, just one year prior The Beverly Hills Speedway (also known as The Los Angeles Speedway) was constructed to spur interest and value to the area. That’s right – the unyieldingly classy Rodeo Drive used to be a NASCAR track. The North east corner of the speedway is where Rodeo Drive meets Wilshire Boulevard now, right where the Beverly Wilshire Hotel is (Pretty Woman). 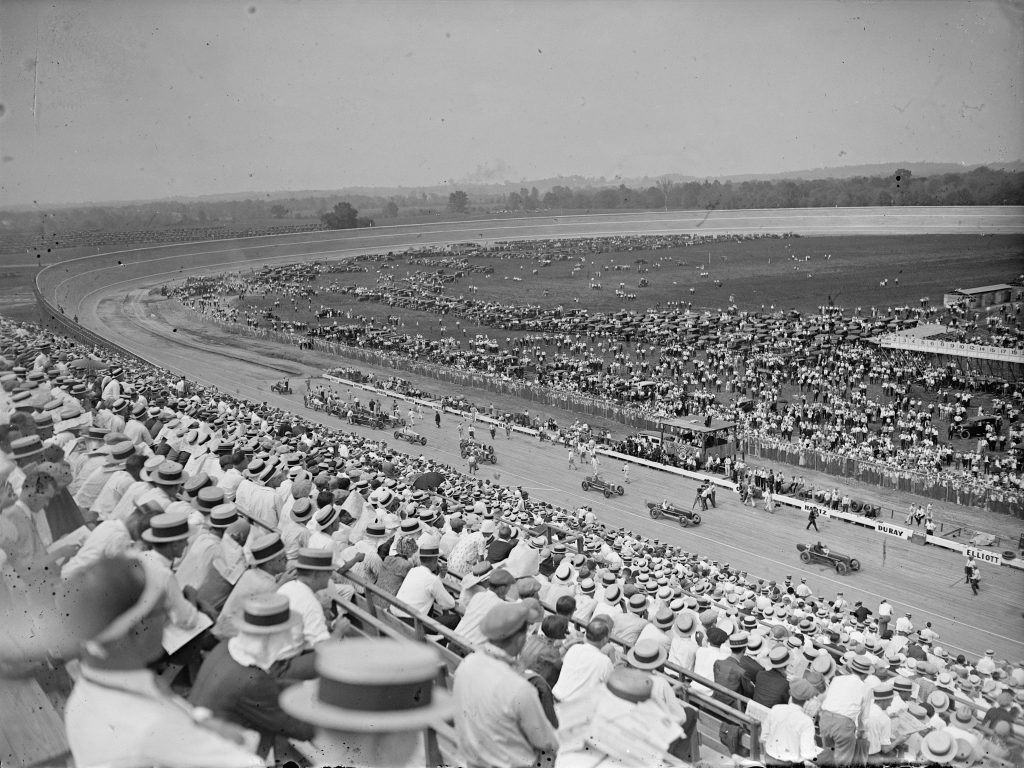 Wooden Board-Track racing was very popular in Beverly Hills, but for only a short time.

This wasn’t actually NASCAR – the track was a wooden-board track, very popular through 1910-1920. The tracks are composed of wooden planks and were used by motorcycles as well as various types of racing cars. The Beverly Hills Speedway Association was successful in being the first in the United States to design a wooden-board track with banked turns by incorporating something known as a spiral easement. There’s a fun fact for all you wooden-board track racing fans. 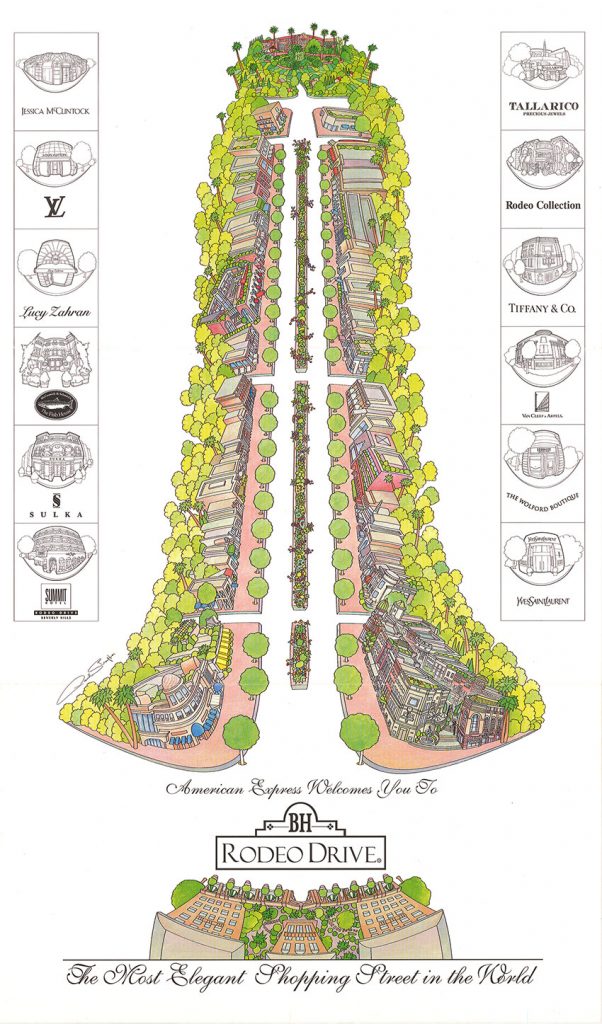 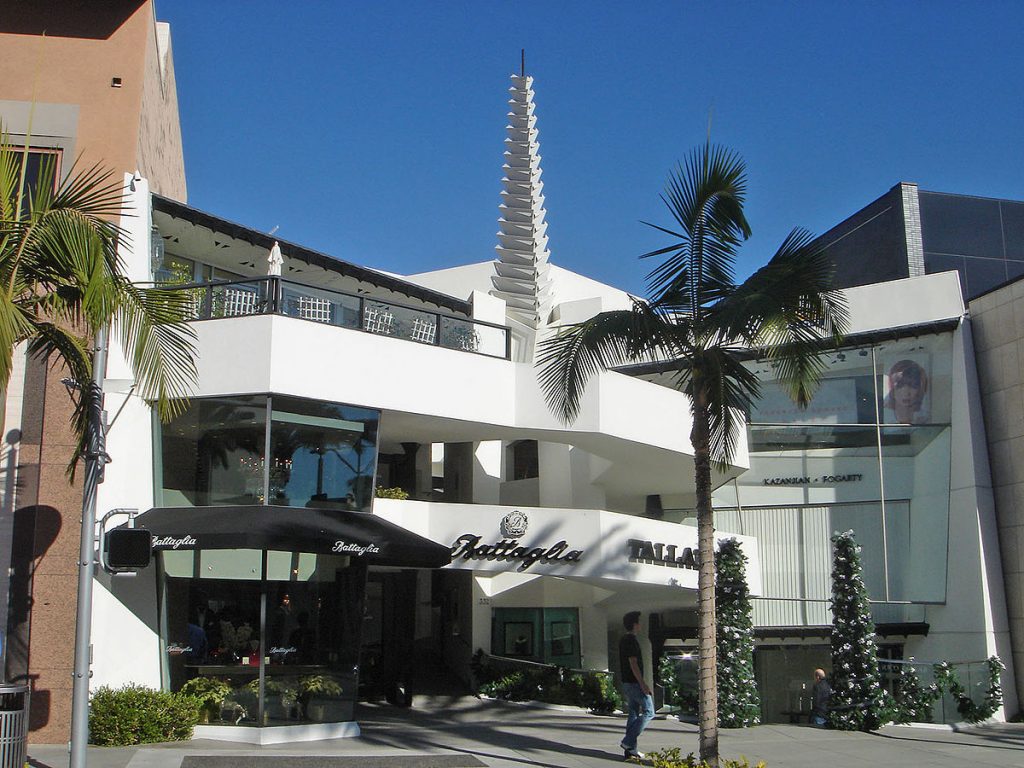 Rodeo Drive has a taste of everything luxurious from all over the world. Even a building designed by Frank Lloyd Wright – The Anderton Court Shops. 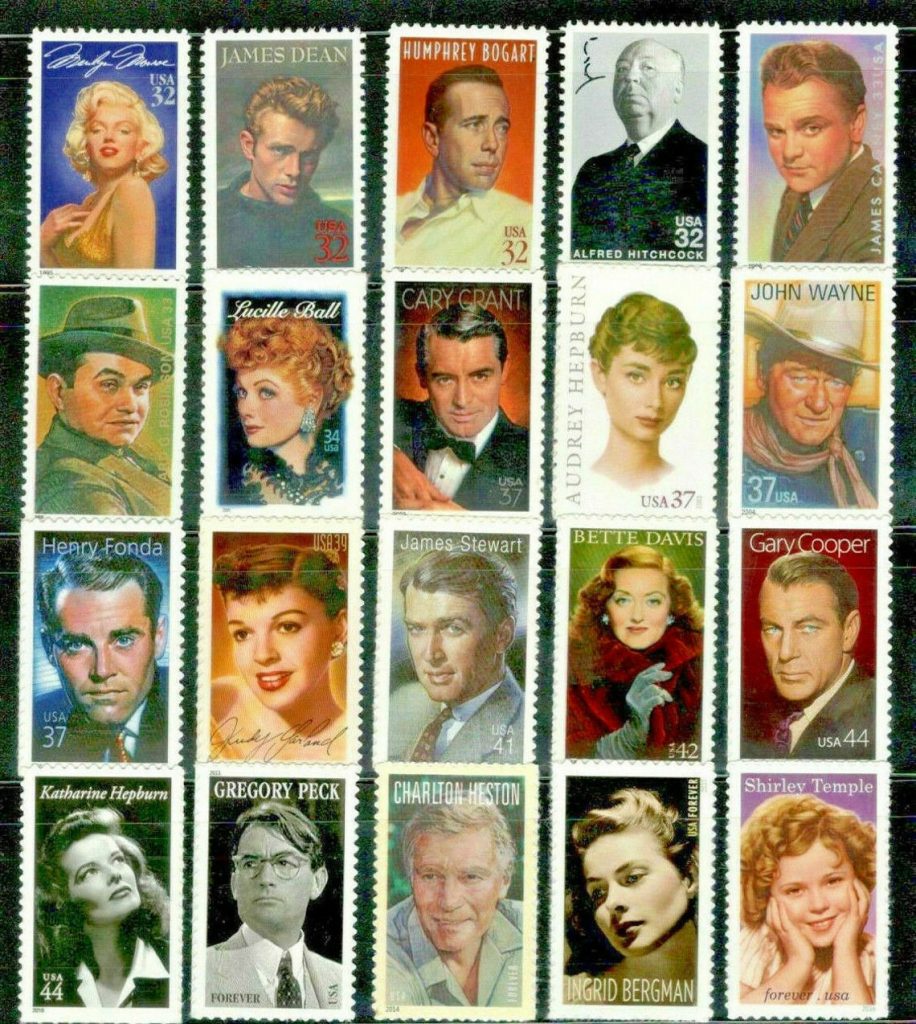 No city in America has had more of its residents pictured on stamps.

More recently, in 2003, Rodeo Drive was injected with $18 million towards beautification, which they used to replace all of the ficus trees with Palm Trees, and the widening of the roads and additional crosswalks being added, among other things.

These days it’s hard to imagine a Rodeo Drive without palm trees, but before 2003 the streets were actually lined with Ficus trees. 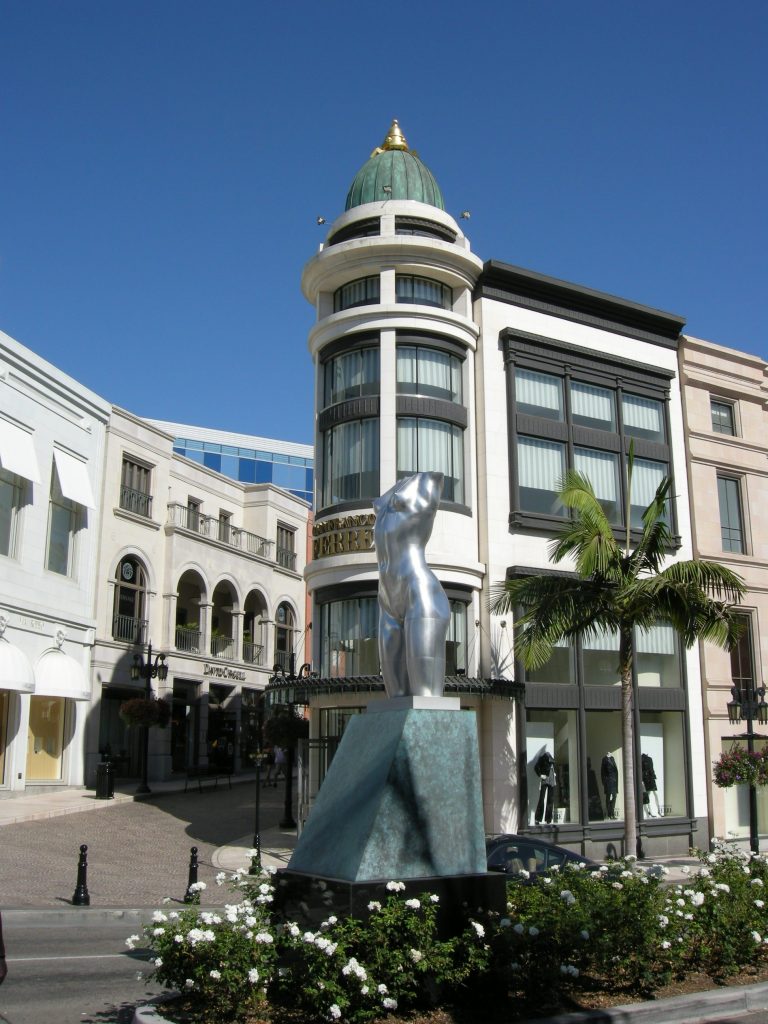 Rodeo Drive has blossomed into one of the most exclusive and attractive fashion districts in all of the world, and is probably the place you are most likely to be graced by someone famous in Los Angeles. The Perfect Los Angeles Tour makes a 30-minute stop on Rodeo Drive where you get a chance and get out and walk the streets that so many of Hollywood’s elite have often walked, or maybe even do a bit of shopping if you’ve go the cash!