The Story of Abbot Kinney and How One Man Brought Venice, Italy to Southern California 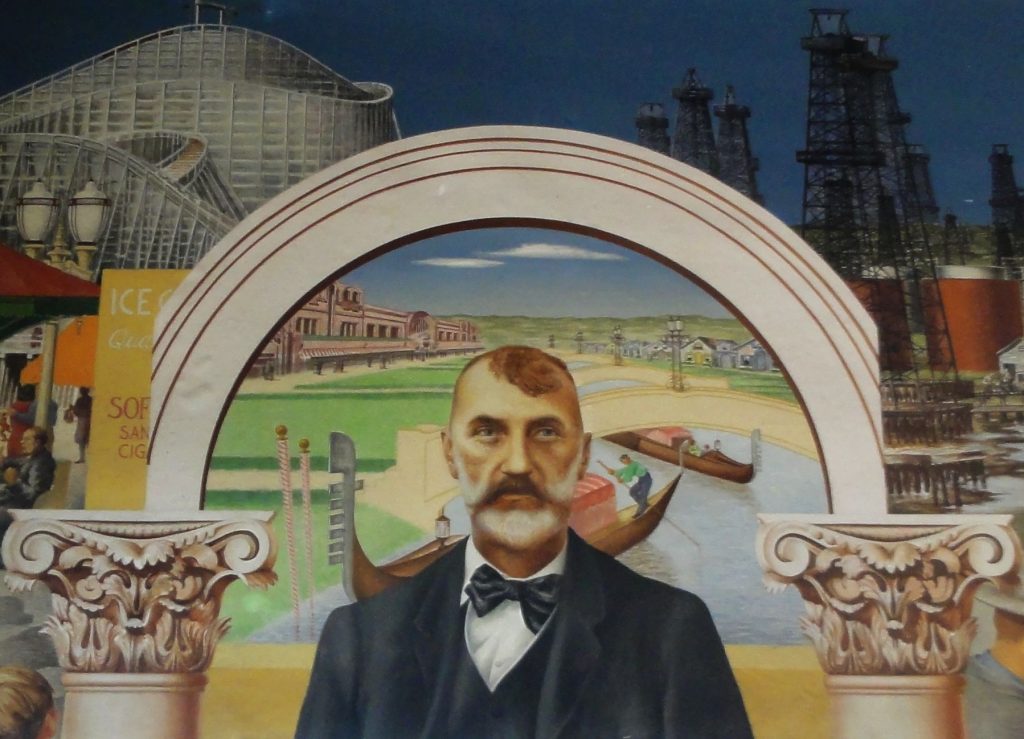 Abbott Kinney was born in New Brunswick New Jersey in 1850 as the youngest of five in a middle-class family. Shortly after his birth he moved to Washington D.C. so that his father who was a lawyer could pursue work as a bureaucrat in the federal government.  He grew up during the Civil War so it was a very unique time in Washington for everybody. His favorite Aunt Elizabeth was also married to Senator James Dixon of Connecticut, and would later help provide Abbott with his first visit to California.

At the young and impressionable age of 16, in 1866, he was sent to Europe by his parents to complete his education. He studied for a year in Heidelberg Germany, then in Paris, France and Zurich Switzerland.

He was a gifted young man, able to fluently speak 6 new languages by the time he returned to America. With only 3 months left on his stay in Europe, he traveled extensively, including a walking tour of Italy that went through Venice and the Italian Riviera and he fell in love with the culture there.

He came back to America, said a quick hello to his Family and then joined the Maryland National Guard. In 1873 he was afforded a spot on the U.S. Geological Survey team led by Professor Marsh, a famous paleontologist from Yale college to map the Sioux Indian Reservation in Dakota, with help from his favorite Aunt Liz. He even split from the team to travel on his own and view natural wonders in Salt Lake City and Oregon, eventually rejoining them by traveling South through California to Yosemite, taking in the beauty of the land along the way.

At the age of 24 he became a partner in his older brother Francis’ Tobacco company with offices in New York. Abbott worked mostly in handling the purchasing of product, so when they eventually gained an interest in imported tobaccos to boost sales Abbott visited Egypt and Turkish Macedonia. When visiting the port of modern-day Thessaloniki during the winter of 1876 he took witness to a horrible massacre at the hands of a Turkish mob and barely escaped with his life. 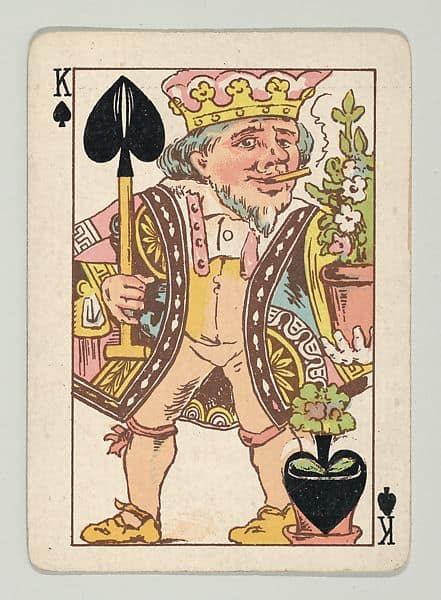 Instead of returning home Abbott Kinney decided to live a life of leisure for a time and traveled Europe, India, Ceylon, New Guinea, and Australia. He actually considered laying his roots in Australia, but fortunately for us because of what happened next, he continued on to Hawaii and then back to the mainland with the intention of returning home to his family.

He reached San Francisco in 1880 and heavy snows were blocking all train travel east so he was stuck. While waiting he learned about a health resort in Sierra Madre Southern California and eagerly jumped on the first train south. When he got there he tried to check into a local hotel, but he didn’t have a reservation and they were full. They agreed to let him stay in the parlor room for 3 days and he promptly passed out on the billiards table. Remember, he was an insomniac so he wasn’t sleeping. He slept for a long, long time. When he awoke, his Asthma had subsided, he had never before felt so rested and he hadn’t yet visited the health resort. If I had to guess I would probably say it had to do with the climate, but It was probably at that moment that Abbott Kinney knew he wanted to live in Southern California. 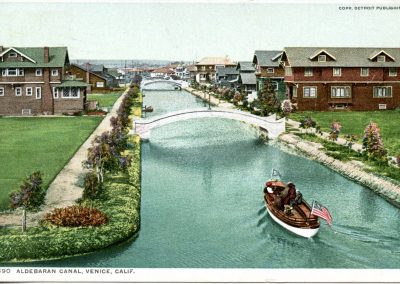 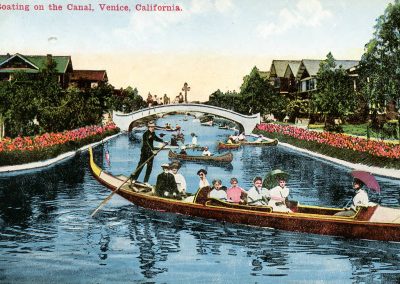 Postcard of gondoliers in the Venice canals 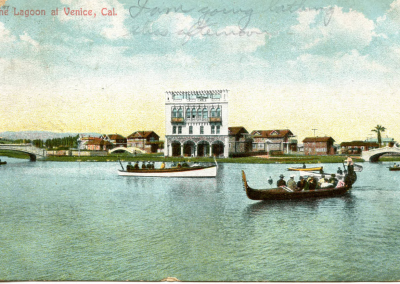 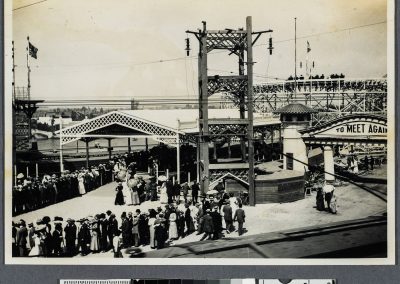 He bought 550 acres nearby in present-day Pasadena and set up a farm. He traveled extensively up and down California for business and leisure. He made a string of smart business moves, eventually buying into the Ocean Park Casino and the surrounding 1.5 mile stretch of land south of Santa Monica. After changing partners numerous times, Abbott Kinney found himself in an unagreeable partnership and the company was dissolved. The story goes that a coin toss was used to give the various partners their pick as to which section of the land they would claim, and after winning the toss Abbott Kinney chose the undeveloped swampland south of the casino itself to pursue his dream of starting a cultural revolution here in Los Angeles.

He wanted to turn this marshland into the Venice of America and the Coney Island of the west coast. He envisioned gondoliers serenading guests as they carried them wistfully through the canals and amusement piers up and down the beach for fun & food. He also planned to bring the same venetian-style architecture and, hopefully, the culture as well to his new home in California. 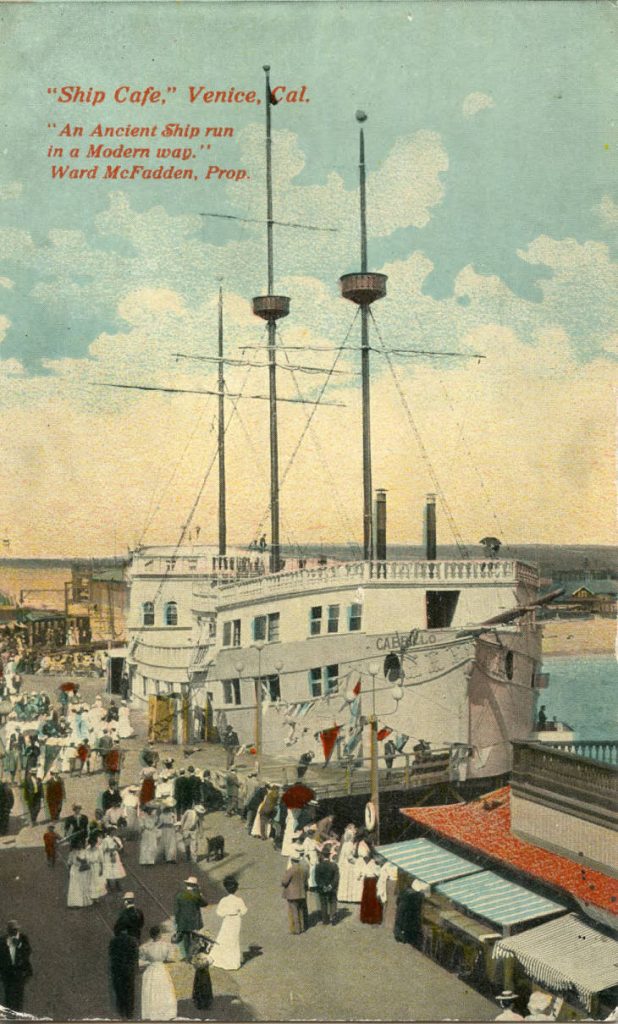 The Ship Cafe on the Abbot Kinney Pier, circa 1908~

It opened in the 4th of July in 1905 and was an instant success with electric trolley cars bringing people from Downtown Los Angeles and Santa Monica to marvel at the amazing Venice of America. Eventually Abbott Kinney was able to sway the local politicians to change the name of the city itself from Ocean Park to Venice in 1911.

Shortly after Abbott Kinney’s death in 1920 the rise of the automobile in America would cause many of the original canals built by Abbott Kinney to be paved over, but some of these canals remain and will forever be a part of our history here in Los Angeles

The Race Thru the Clouds Roller Coaster on Abbot Kinney Pier in Venice, CA circa 1910